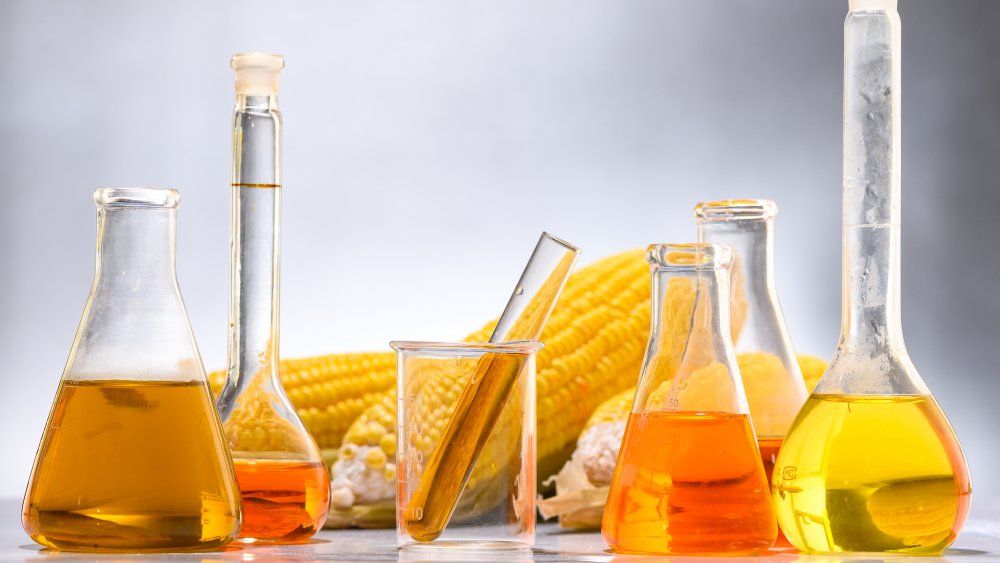 Ads hyping high fructose corn syrup (HFCS) have been hitting the airwaves as part of a major marketing campaign from the Corn Refiners Association.

Critics say HFCS contributes to weight gain and tricks your body into wanting to eat more. But the industry says it’s just fine, and argues that HFCS is the same as sugar.

To get that message out, the campaign relies on nutritional research. But funding for many of the major studies in question came from companies with a financial stake in the outcome.

Out of the six studies on the Corn Refiners Association’s Web site that “Confirm High Fructose Corn Syrup is No Different From Sugar,” three were sponsored by groups that stand to profit from research that promotes HFCS. Two were never published, so their funding sources are unclear. And one was sponsored by a Dutch foundation that represents the interests of the sugar industry.

Pepsi funded one study. So did a D.C. based lobbying group that gets their money from food, chemical and drug companies. And the American Beverage Association gave a grant for another.
Sources: CBS News October 1, 2008

Dr. Mercola’s Comments:
It’s a widely known fact that when a study is sponsored by a company with financial interests in the outcome, the results rarely do anything but support the industry that funded the study..

In fact, CBS mentions a study by Children’s Hospital Boston that found when studies were sponsored exclusively by food or drinks companies, the results were four to eight times more likely to be favorable to the sponsoring company.

So when the Corn Refiners Association claims that their deceptive $20-30 million ad campaign promoting corn syrup is “based on nutritional research,” now you know just what type of biased research they are using.

Is Corn Syrup “the Same as Sugar”?

The Corn Refiners Association has launched TV commercials and a Web site that claim corn syrup is no worse for you than sugar. In one ad, a mother pours some type of bright red corn-syrup-rich juice from a plastic jug. In another, a woman feeds her boyfriend a popsicle. In both ads, characters question the health risks of corn syrup, but neither is able to explain exactly why corn syrup is unhealthy, implying that corn syrup is actually not so bad after all.

To imply that artificial products containing corn syrup are in any way OK for your health is beyond a stretch. So let’s set the record straight. If anyone asks YOU why corn syrup is unhealthy, you can tell them:
• HFCS is metabolized to fat in your body far more rapidly than any other sugar, and, because most fructose is consumed in liquid form (soda), its negative metabolic effects are significantly magnified.

• Recent research, reported at the 2007 national meeting of the American Chemical Society, found new evidence that soft drinks sweetened with HFCS may contribute to the development of diabetes because it contains high levels of reactive compounds that have been shown to trigger cell and tissue damage that cause diabetes.

• HFCS is almost always made from genetically modified corn, which is fraught with its own well documented side effects and health concerns, such as increasing your risk of developing a food allergy to corn. You can also let anyone who believes corn syrup is safe to eat know that there are over 35 years of hard empirical evidence that refined man-made fructose like HFCS metabolizes to triglycerides and adipose tissue, not blood glucose. The downside of this is that fructose does not stimulate your insulin secretion, nor enhance leptin production. (Leptin is a hormone thought to be involved in appetite regulation.)

Because insulin and leptin act as key signals in regulating how much food you eat, as well as your body weight, this suggests that dietary fructose may contribute to increased food intake and weight gain. Additionally, fructose is also known to significantly raise your triglycerides and LDL (bad cholesterol). Triglycerides, the chemical form of fat found in foods and in your body, are not something you want in excess amounts. Intense research over the past 40 years has confirmed that elevated blood levels of triglycerides, known as hypertriglyceridemia, puts you at an increased risk of heart disease.

How to Cut HFCS Out of Your Diet

If you are eating a healthy diet, a little bit of corn syrup here or there isn’t going to cause any catastrophes. However, most people are not eating corn syrup in moderation. In 2007, Americans consumed an average of 56 pounds of HFCS each, according to CBS! A large part of this was undoubtedly from soda, which is the number one source of calories in the United States. So the first step for many people is to stop drinking soda, and this turbo tapping technique can help you to break free from a soda addiction. I am HIGHLY confident that giving up soda would result in health improvements FAR more profound than if everyone stopped smoking. This is because drinking soda leads to elevated insulin levels, the foundation of nearly every chronic disease known to man — cancer, heart disease, diabetes, aging, arthritis, osteoporosis, you name it, and you will find elevated insulin levels as a primary factor.

Aside from soda, corn syrup is also in many processed foods and fruit juices, so to avoid it completely you need to focus your diet on whole foods. And if you do purchase any processed foods, make sure you read the label … and put it back on the shelf if it lists high fructose corn syrup as an ingredient.