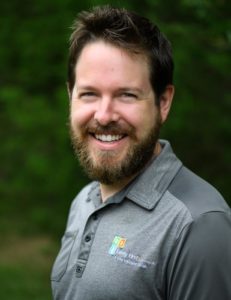 A Texas native, Dr. Sam Callaway grew up just north of Austin in the city of Round Rock. He completed his undergrad studies close to home at ACC, then graduated Parker Chiropractic College and became a doctor of Chiropractic in 2010.

Dr. Sam began his Chiropractic career in Lima, Peru at Centro Quiropractico Alfalla. After a year practicing along side Dr. Alfalla, Sam took his skills across the world to the Netherlands. There he helped Dr. Otten open and grow one of the first Chiropractic offices in the Province of Flevoland.

Dr. Sam recently moved to the Dripping Springs area to slow down from the city life and concentrate on family and community. He and his wife Wilmayra recently welcomed their first child Kingsley to the world in 2015.